De/Coding ‘Alcantara in the Tapestry Rooms’

The tapestries that adorn the walls of room 122 tell a two-dimensional story in which Medea is the recurring element : a famous and controversial figure in the Ovidian Metamorphoses, she sheds her human qualities, allowing the sphere of fantasy to have the better of the real world.
In the installation, decoding is applied literally to the images of the two tapestries, which – once pixelated and taken from the wall – are presented once more in the space in the form of three-dimensional cubes. These take on their own aesthetic identity and may be further recoded, shifting them around physically to recreate sections of the original images. Even the original colour is broken down and pieced back together in a new visual and environmental code : an integrated stereoscopic image is revealed when viewed through the custom-designed anaglyph glasses, thus new spatial configurations take on a different perspective which goes beyond representation and its physical limits, stressing the power of illusion, as well as the uniqueness of individual experience in the composition and perception of the story. 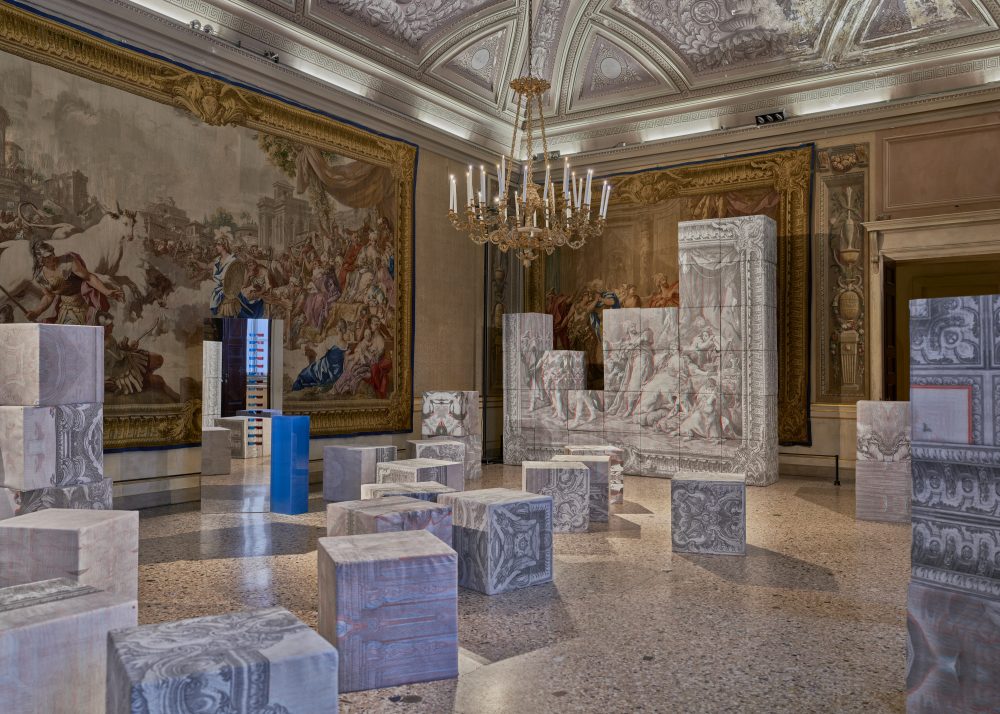 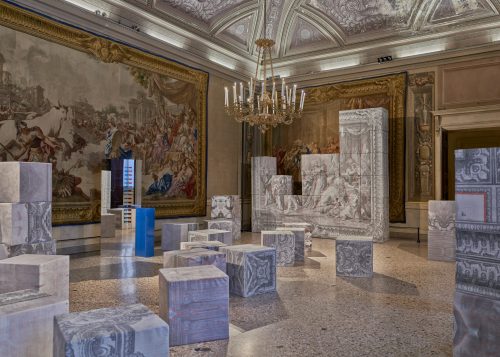 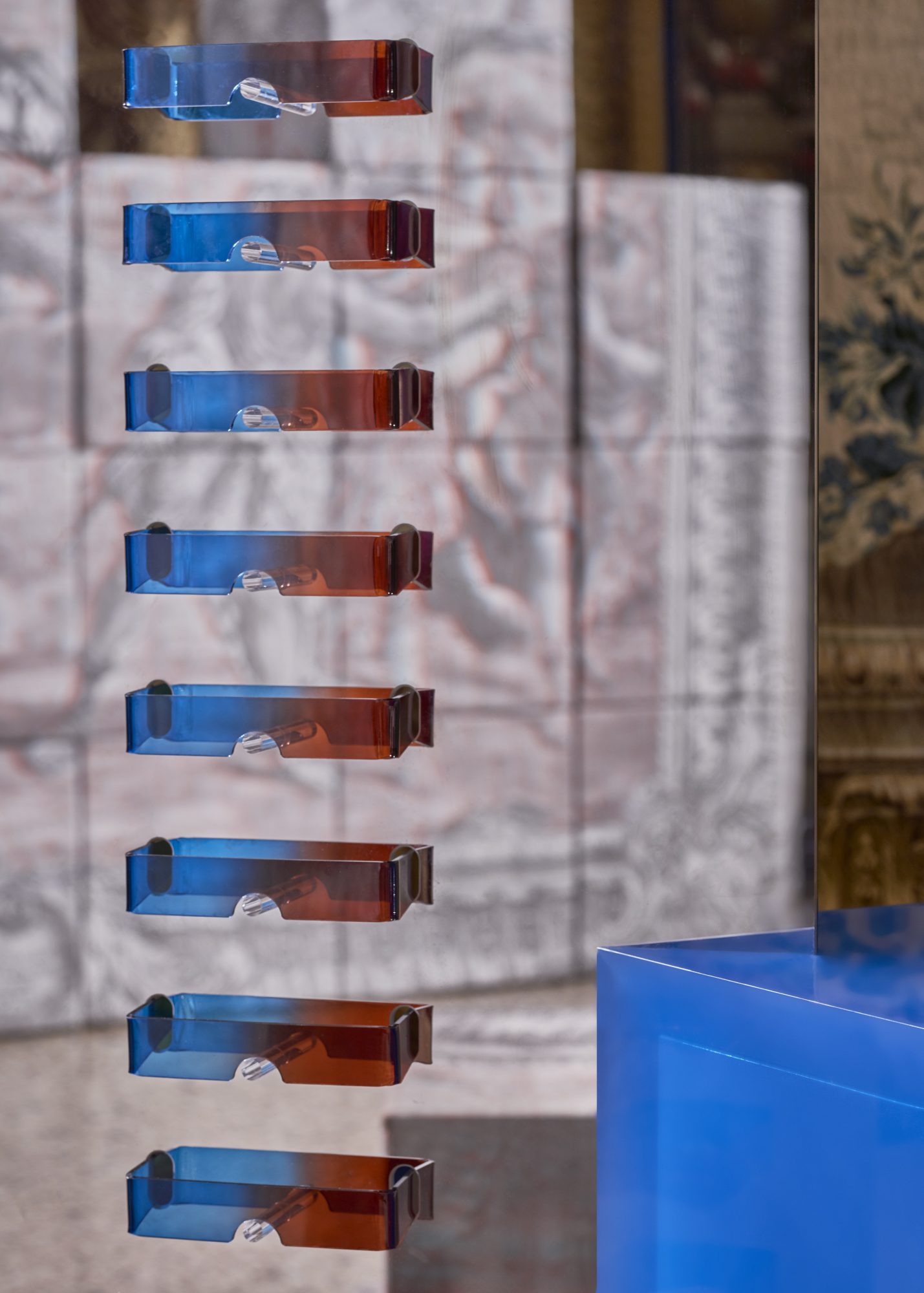 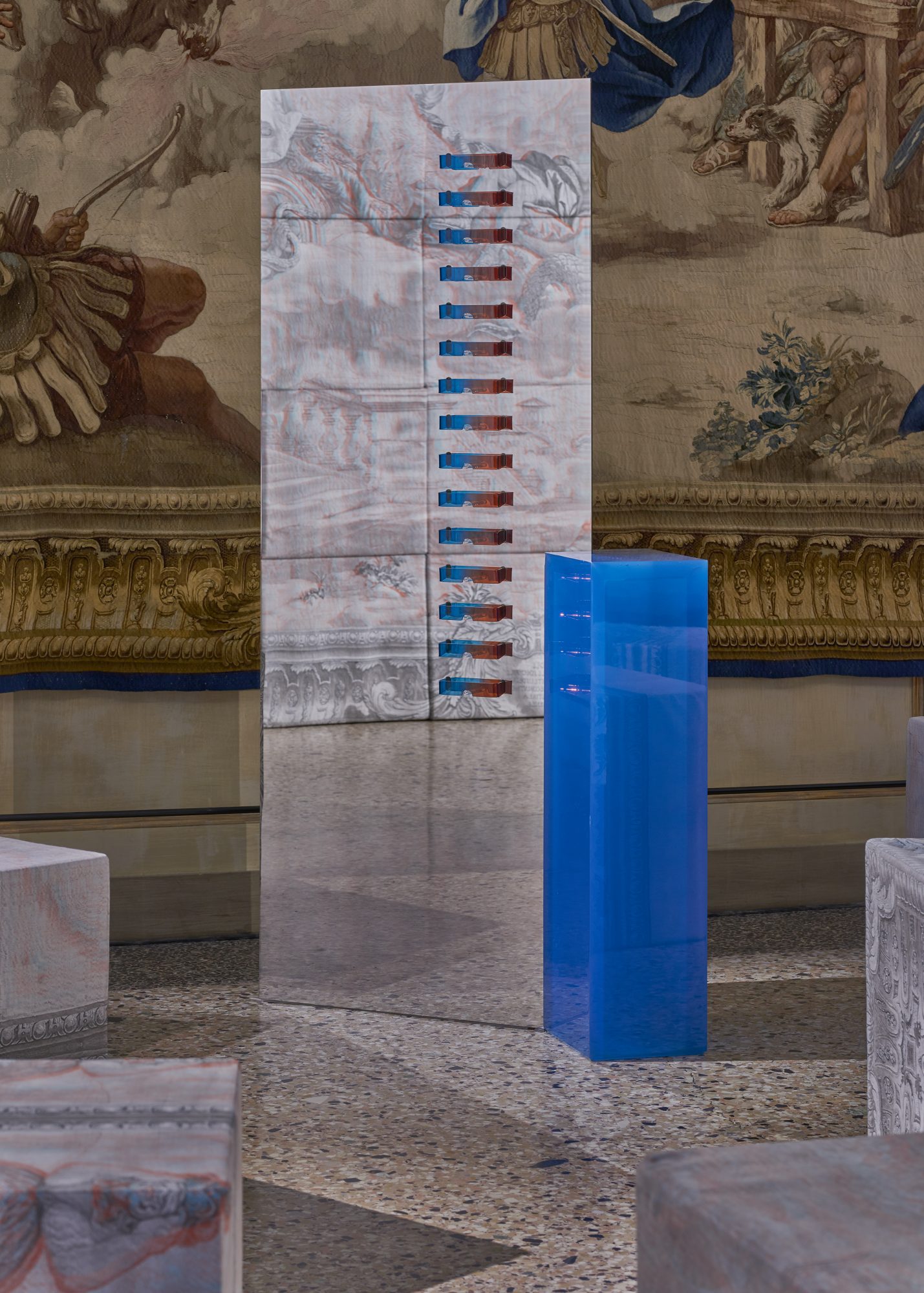 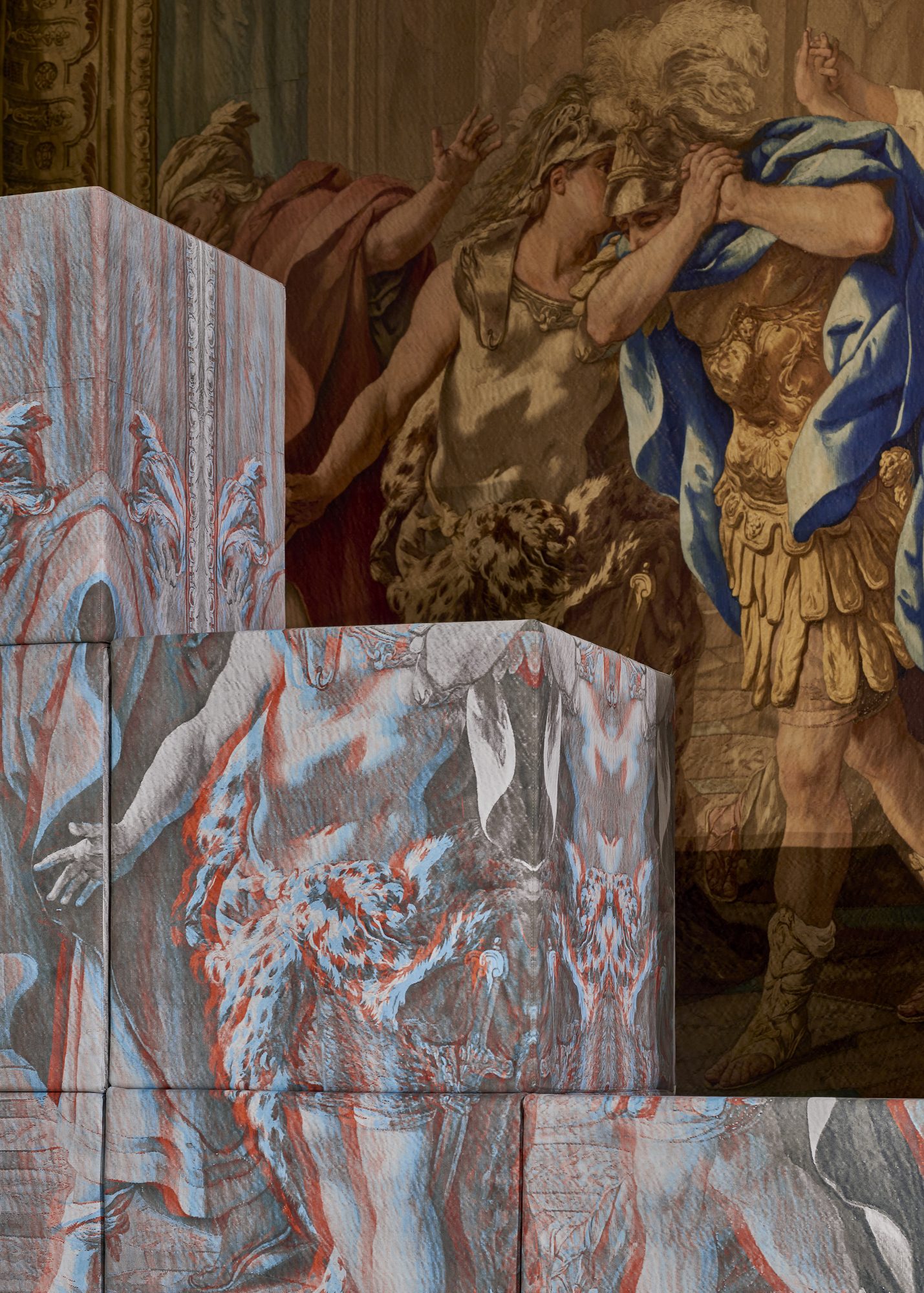 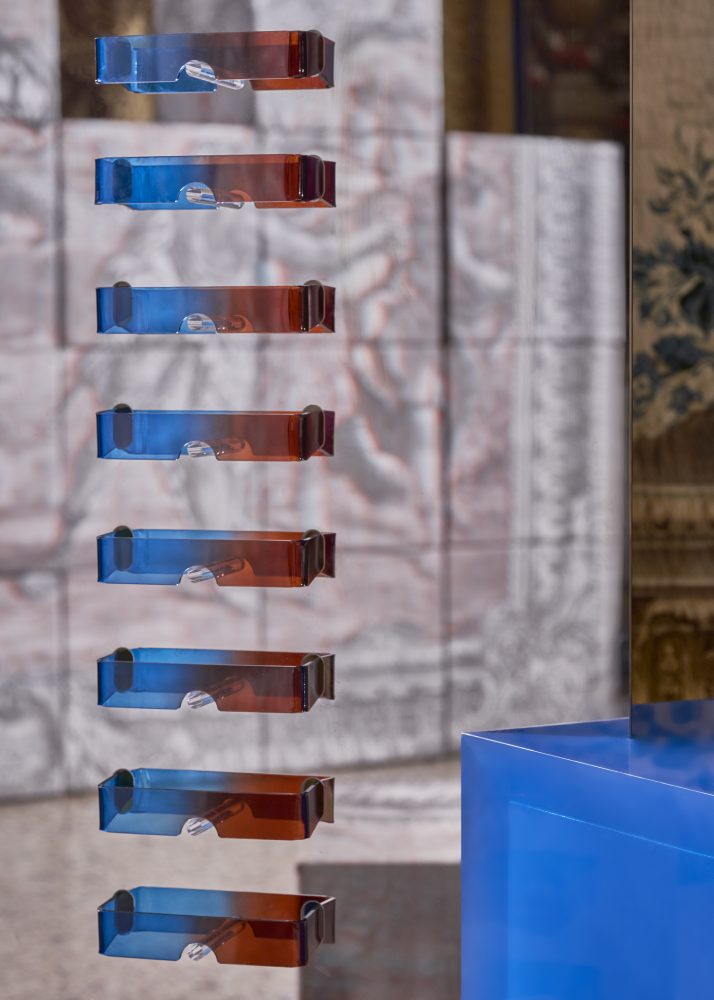 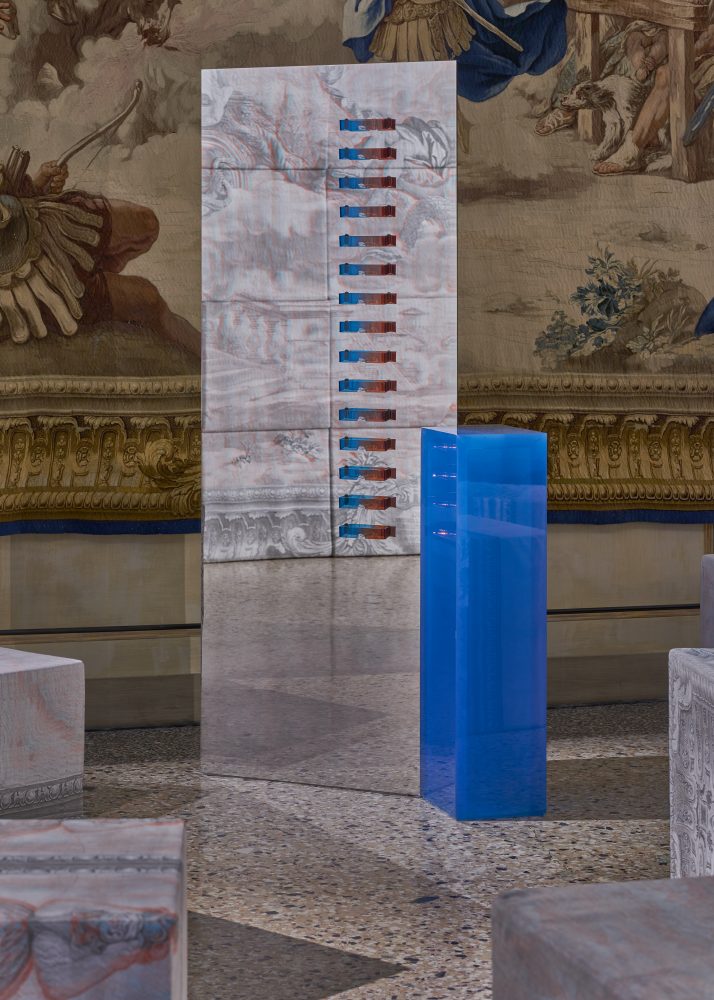 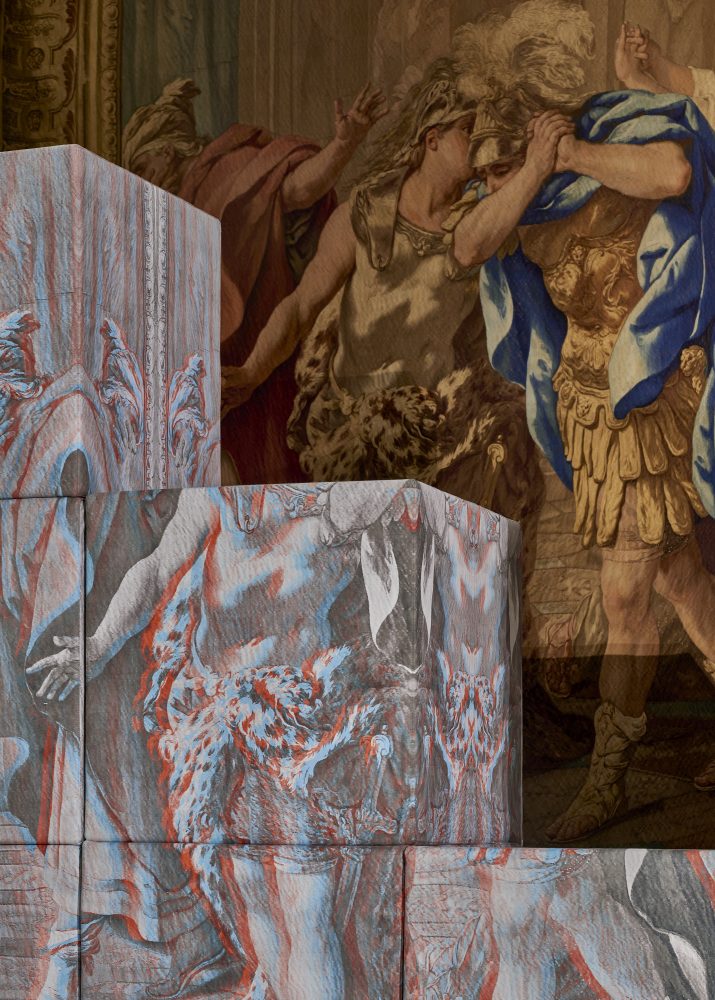