November, 2018 – FENDI continues the 10-year anniversary celebration of its iconic Peekaboo bag by tapping global designers who, starting from a white canvas version, designed by Silvia Venturini Fendi, have reinterpreted the Peekaboo, transforming it into design masterpieces.
The initiative includes American designer Chris Wolston, Japanese designer Kiichiro Ogawa, Chinese Oscar Wang, and Korean Teo Yang, along with Dutch designer Sabine Marcelis. They have been given carte blanche to customize the iconic handbag, created in 2008 for the Spring/Summer 2009 Collection.
This initiative joins the celebration of FENDI’s 10-year anniversary with Design Miami, through The Shapes of Water, a project by Sabine Marcelis dedicated to rediscover water as a design tool, whose delicate beauty the designer has magnified by realizing ten fountains inspired by ten of the most iconic symbols of the historical roman house, including a piece inspired by the Peekaboo bag, placed in a prominent position inside the space.
The five Designer-customized Peekaboo bags will bow at the FENDI boutique in the Design District on December 5, displayed on special podiums in hues of yellow designed by Sabine Marcelis herself. For the occasion, Silvia Venturini Fendi has also designed a special Peekaboo bag available for sale in limited edition in the Miami store during that week.
Since 2008 FENDI has been supporting limited edition creativity and design through its partnership with Design Miami in Miami, Milan and Basel. The Roman luxury house shares important values with the design world, such as boundless creativity, excellence, quality and a passion for making things by hand. Each collaboration developed since then has represented a wonderful admixture and « contamination » between design and fashion, highlighting their creative, functional, experimentation and research affinities.
This marks the first step of a global program which will be rolled out worldwide throughout 2019.


For the 10th anniversary of the Peekaboo bag, Sabine Marcelis has chosen to freeze the design within a resin block. By only encapsulating the lower volume of the bag, a hint of functionality is preserved within this new sculptural object. The translucent resin colour exaggerates the three-dimensionality of the shape frozen within. 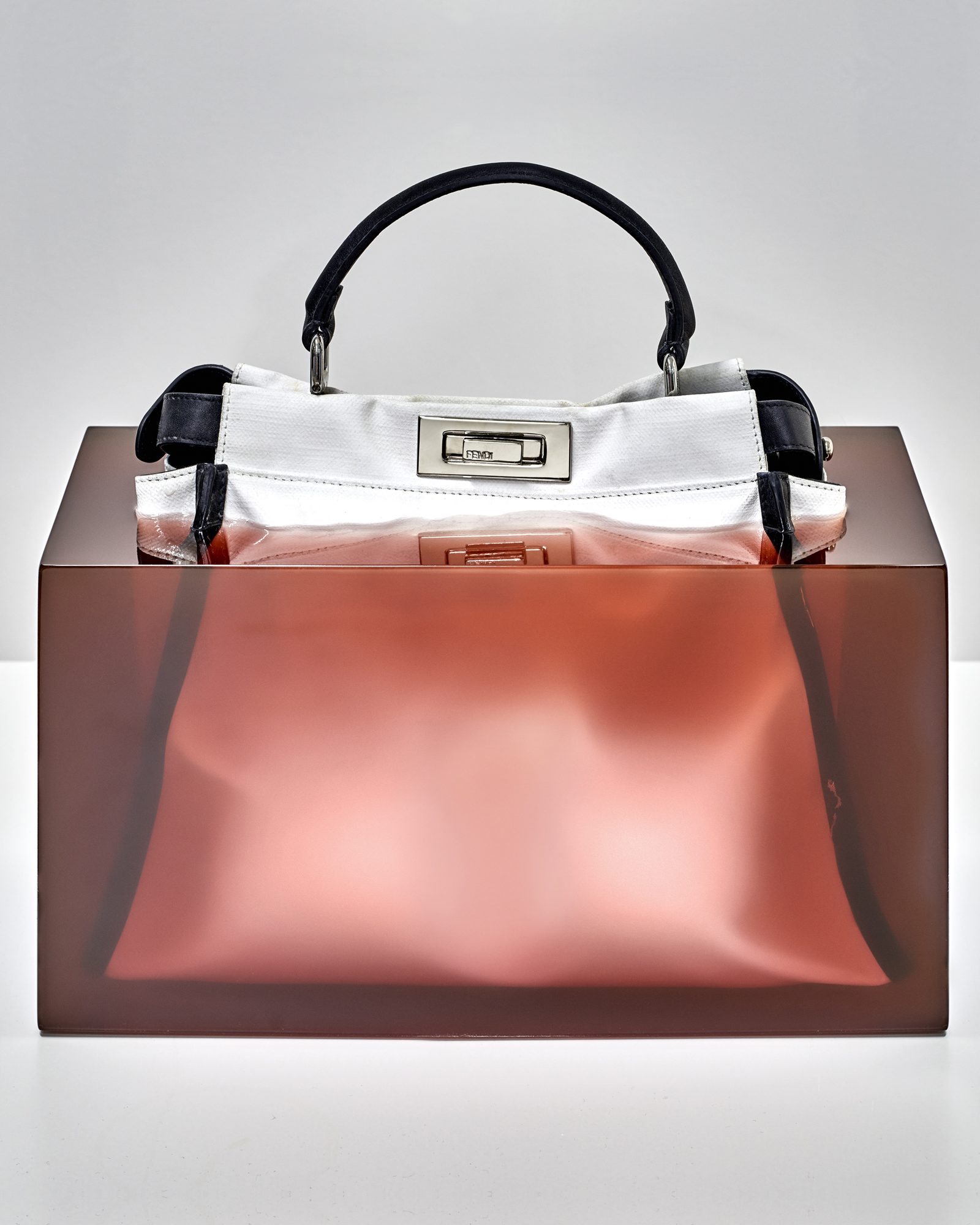 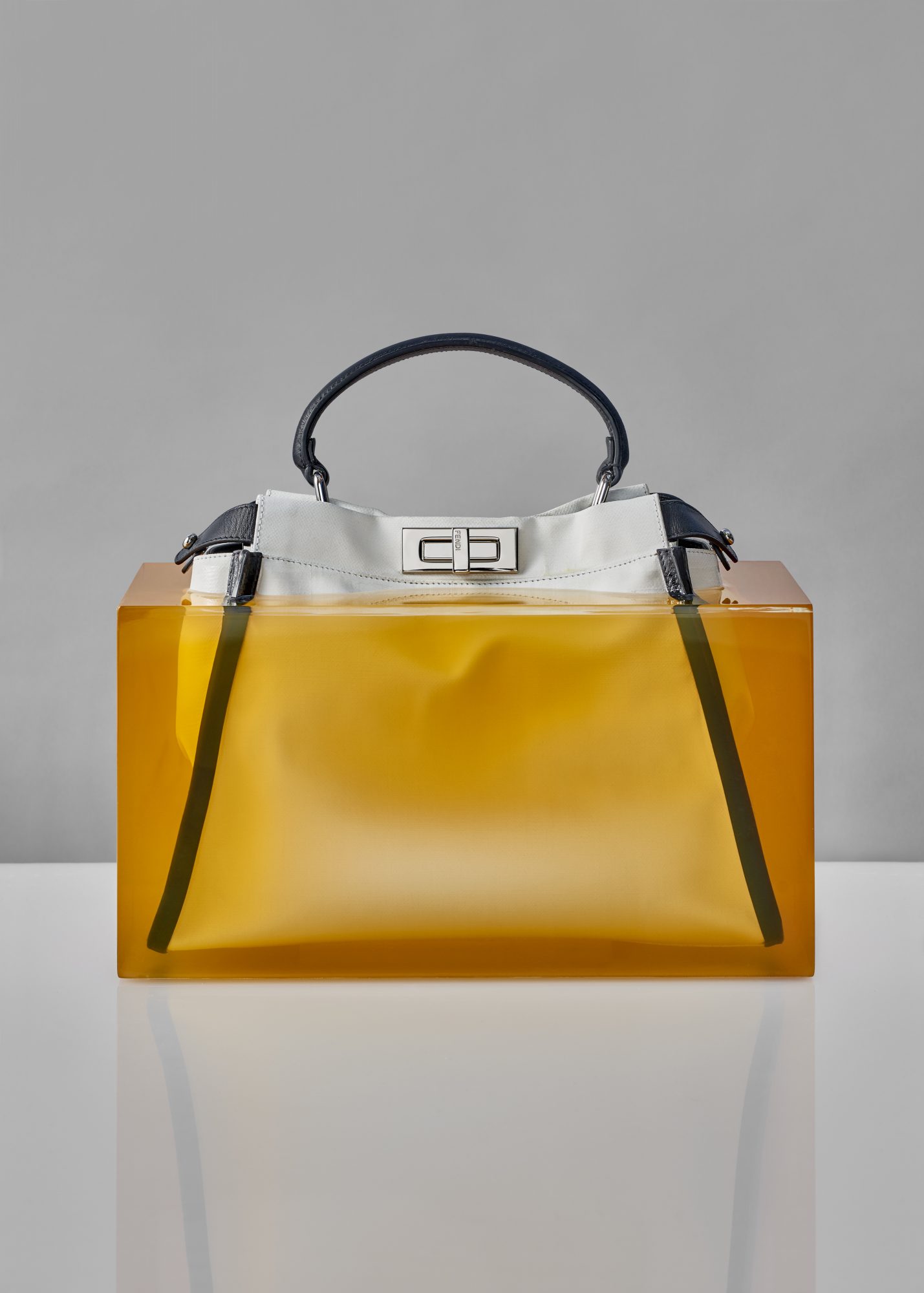 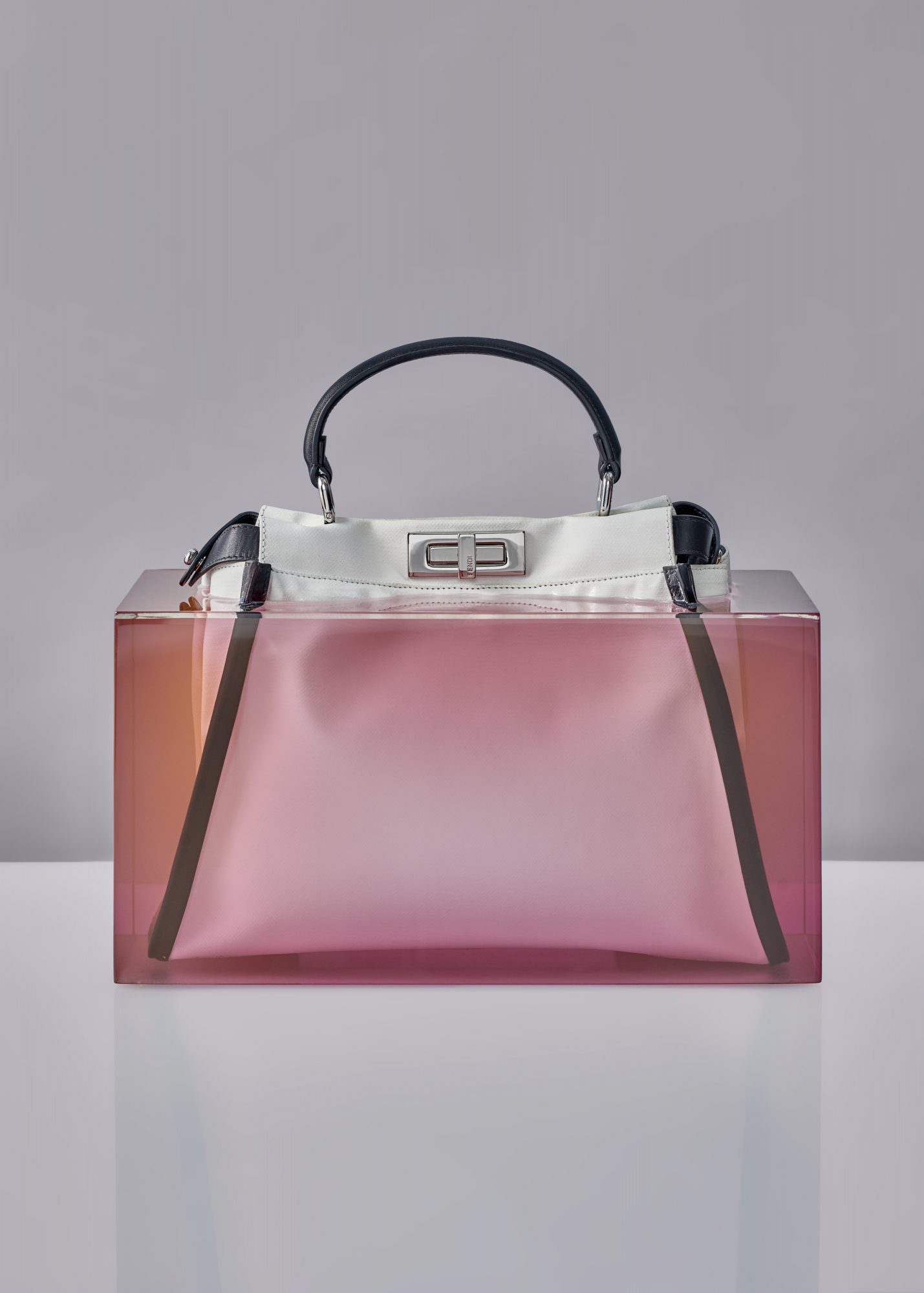 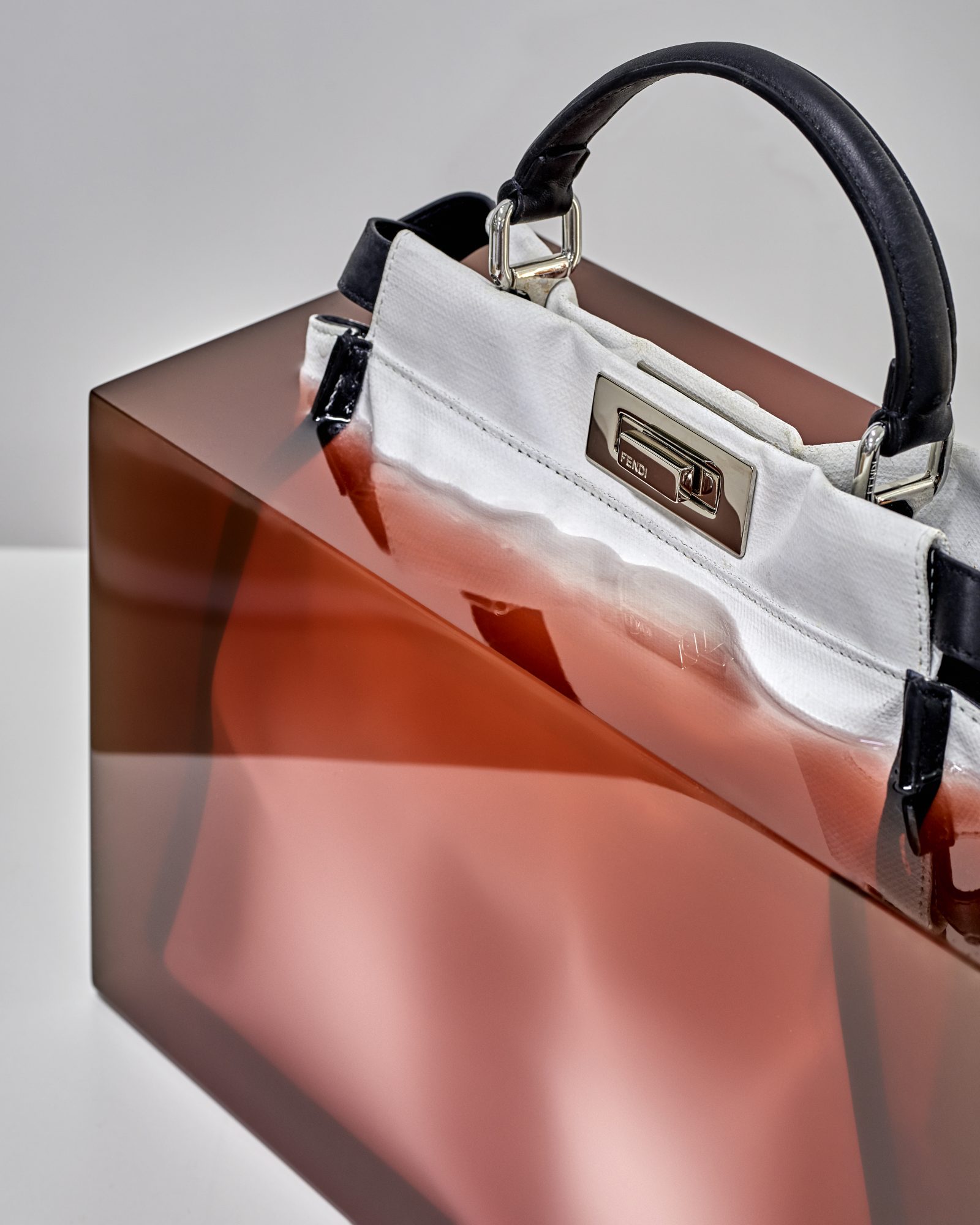 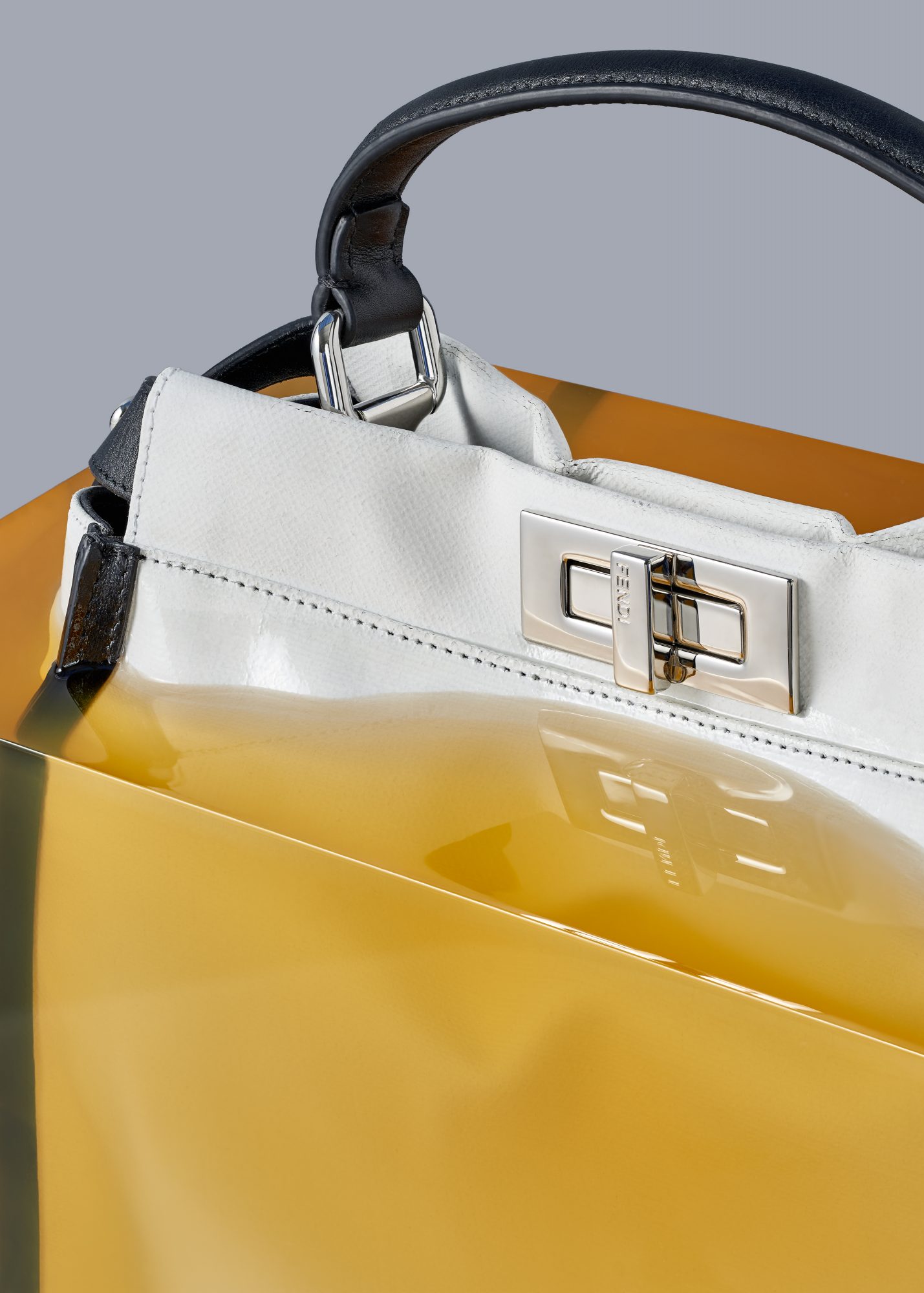 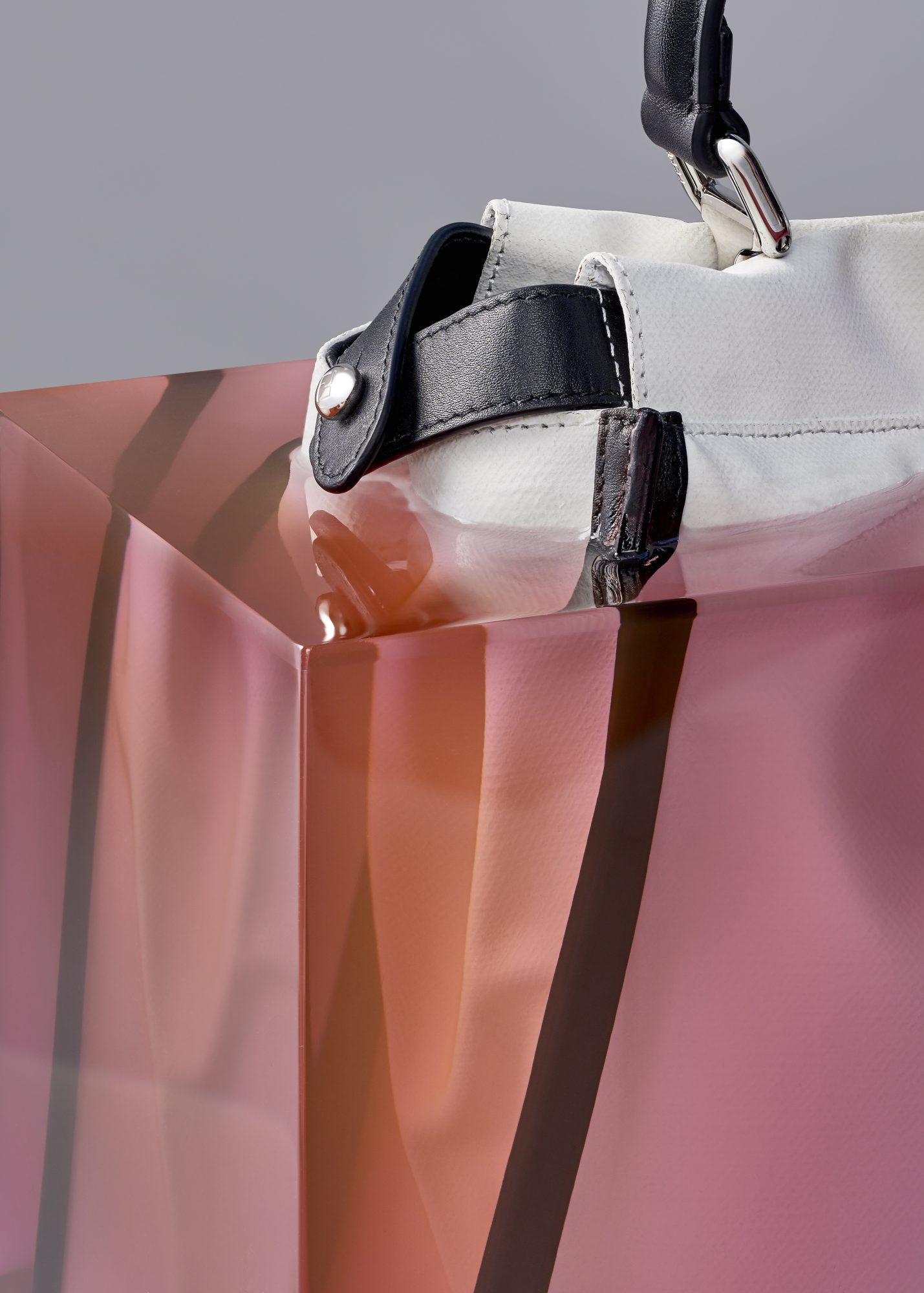 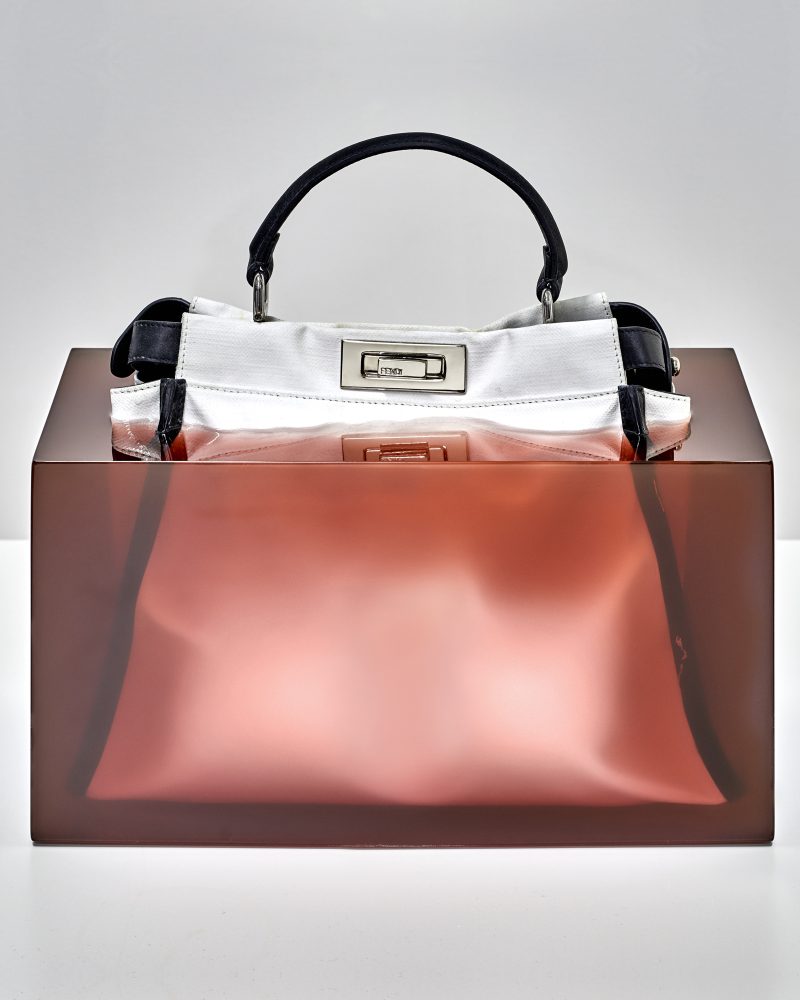 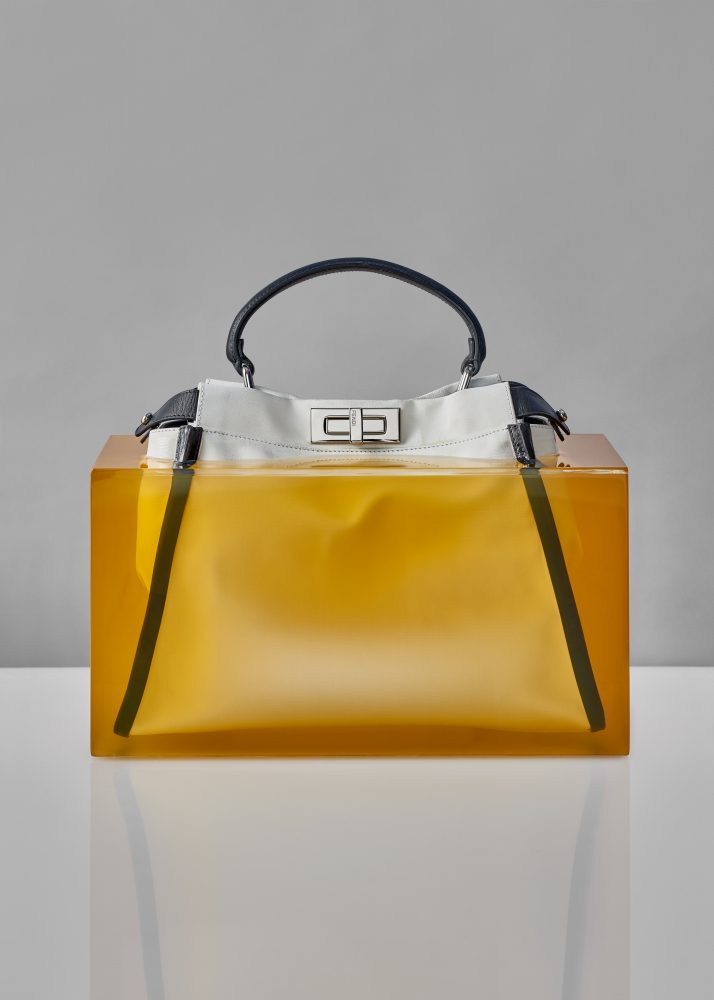 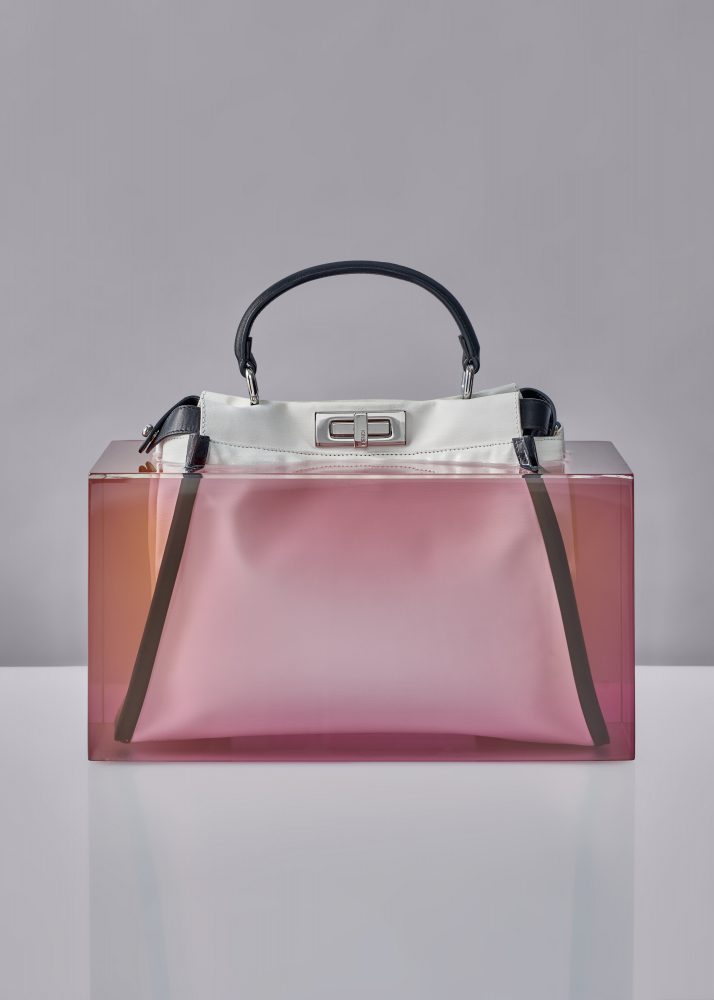 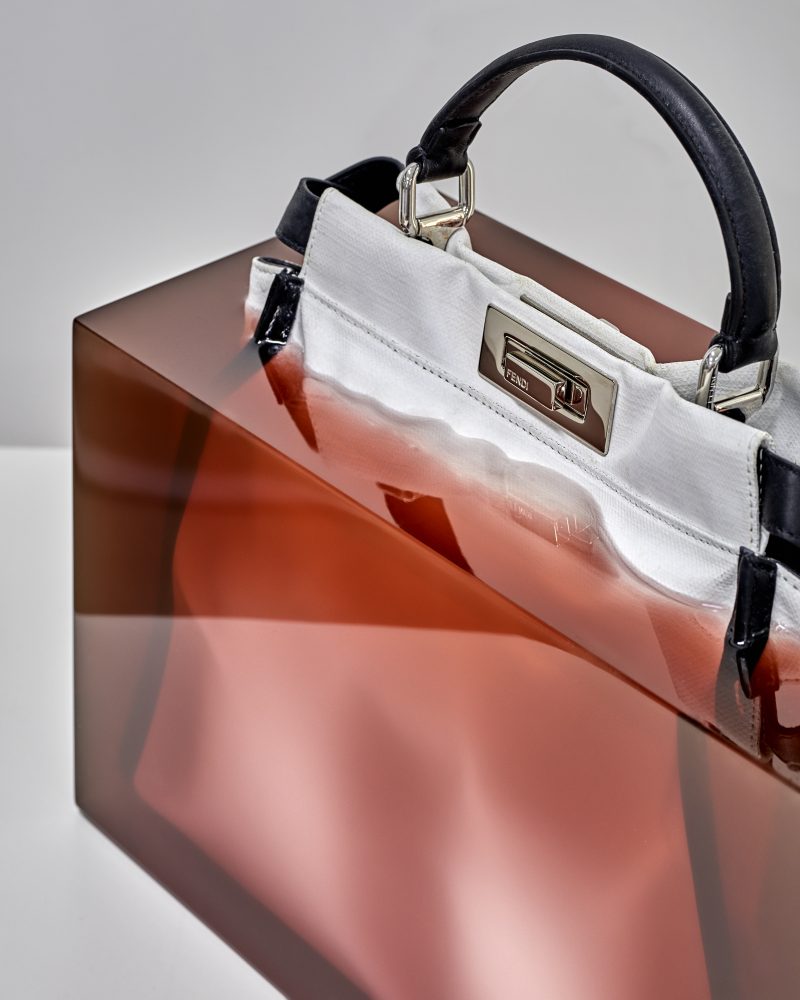 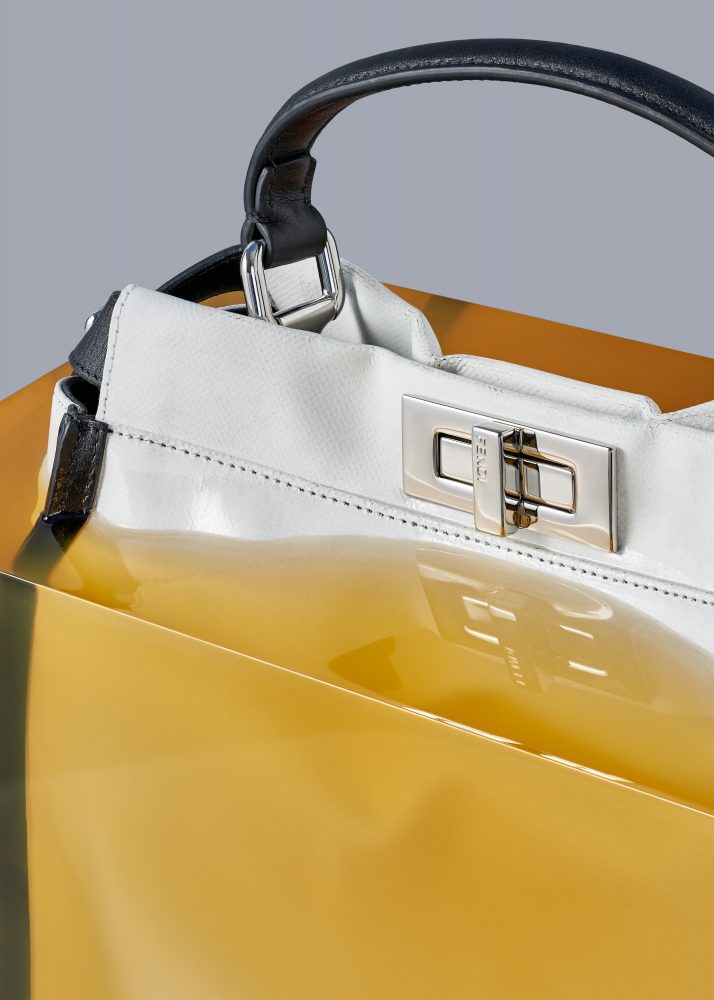 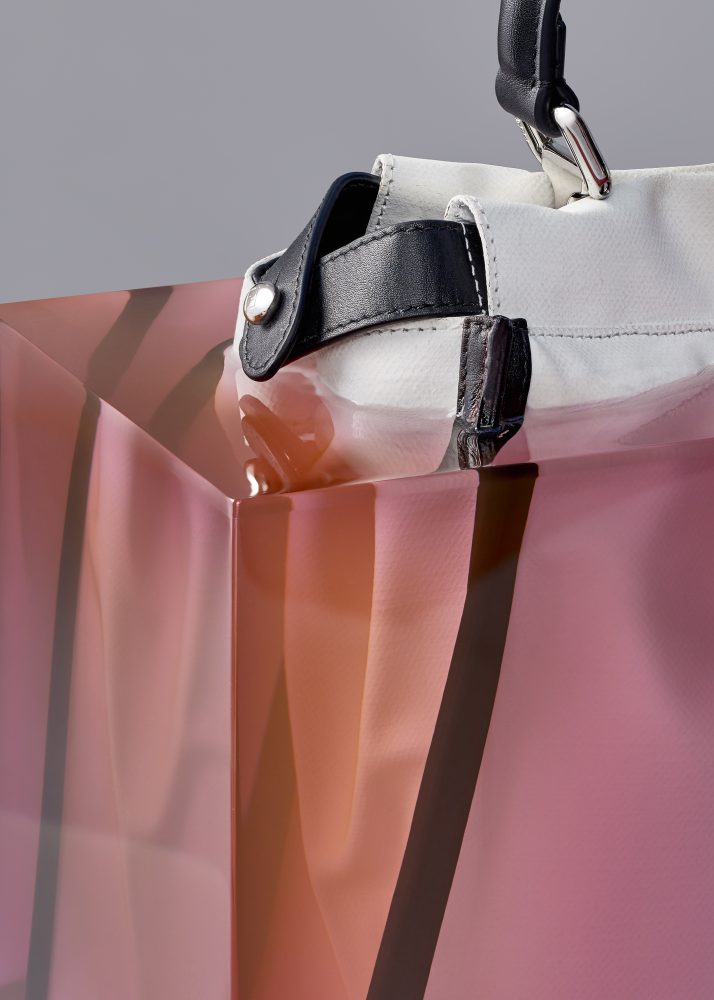